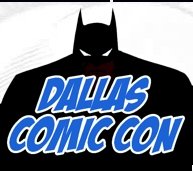 When it comes to finding the perfect nerd heaven, nothing comes closer than the Dallas Comic-Con. The Dallas Comic-Con is the only place comic, video game and superhero fans as well as just all around nerds can come to get everything they need that deals with the sci-fi and comic entertainment niche. If Disney World is the happiest place on earth for kids, then Comic-Con is most certainly the happiest place on earth for nerds, geeks gamers and fanboys.

The Dallas Comic-Con is a two-day event in Texas which generally occurs twice a year at one of two locations, the Plano Center and the Richardson Civic Center (I think I’m sensing a pattern here).  However, these two locations, which have housed the show since the very first one in October, 2002, will not be the location for the Dallas Comic-Con in 2011. Instead, the event is picking up its 12 sided die and heading over to the new Irving Convention Center at Las Colinas in Irving, Texas.

There are a ton of things to do at Comic-Con besides look at comics. Visitors to the show can browse rare and special edition collectibles, exchange and buy trading cards for their favorite games, check out what is new to the video game industry in the way of comics, meet some of their favorite writers and illustrators from their most beloved comic book series or even get a glimpse of what new comic book series are being adapted for television and movies.

There are also a huge host of celebrities at Comic-Con. You will find a plethora of actors and actresses that are appearing in your favorite comic-based movies and t.v. shows hosting discussion panels in order to dish out the latest news about their projects. Renowned writers, illustrators, creators and artists are also on hand at Comic-Con, willing to sign your mint condition first issue of The Amazing Spiderman.

Many deals are also struck at Comic-Con. Have you just been itching to see a She-Hulk movie? Well, if so, then Comic-Con is where that dream could become a reality. There are so many directors, producers and comic book writers that interact with each other, and to be honest we don’t know how many ideas get pitched or accepted, but there is always the chance that we could be one Comic-Con away from the best comic book movie adaptation of all time.