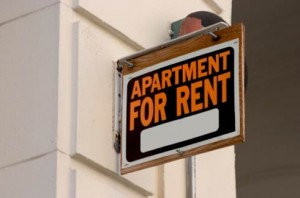 The apartment rental market in Texas has strengthened over the last three months but has ultimately failed to keep pace with assets managed by NOI Capital Partners. NOI Capital Partners, a property management company out of Texas, raised net efficient rents by $25 a month, a 33% larger increase than rent increases at competing properties.

The occupancy levels of NOI were number one, however, at 96.6%. These differences add up to big bucks for the company. The average NOI-managed asset collects a yearly revenue that trumps other competitors by $142,000. In addition to that, net operating income for the first quarter of 2011 has increased by 23% compared to the first quarter of 2012.

NOI believes that successful property management in Houston, other cities throughout Texas or anywhere for that matter has a consistent theme. According to Jim Marfuggi, Managing Director of NOI, “Stay customer-focused on creating perceived value. Except in frothy rental markets (which you won’t find often in 2011), tenant reaction is critical. Spend money to enhance visual appeal and good service. Don’t skimp on marketing but monitor its effectiveness closely. Know what you want your leasing agents to say, and make sure they say it. What matters is consistency and continuous improvement – do a hundred little things well each day and they mutually enhance one another. The result is a superior living environment for residents.”

Since we live in a time of continuous improvement, NOI has worked its way up to being an industry leader in re-engineering the work of property management. Personnel that have greater financial and accounting acumen are now being located on-site in order to reduce bureaucratic redundancies in financial reporting. The end result is that NOI does it for less. NOI cut average property expenses by 8.2% while at the same time pulling ahead of the competition in rental and occupancy rates.

SMBnow.com is news of, for and by SMBs!
SMBnow.com… The Small & Medium Business Magazine!
If you enjoyed this post, please consider leaving a comment or subscribing to the RSS feed to have future articles delivered to your feed reader.
This entry was posted in Apartment Rental and tagged apartment rentals, NOI Capital Partners, Texas apartment rentals, Texas property management. Bookmark the permalink.