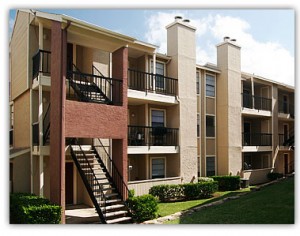 The apartment rental industry in Texas has all of its attention focused on a report that surfaced last week from a Dallas group that was suggesting that there is discrimination in the practices of apartment rentals in North Texas.

According to President of the Apartment Association of Tarrant County and owner of Walker Holder Residential Michael Walker, “We do not tolerate any discrimination on any basis.”

The North Texas Fair Housing Center, which is a nonprofit organization out of Dallas funded by the Housing and Urban Development Department, supposedly sent “secret shoppers” to 40 different complexes in the Metroplex and found different rents, availability, security deposits, and move-in specials offered to white individuals, black individuals, Hispanic individuals and families. According to the group, different shoppers went to the same locations within an hour of each other.

People from the local industry stated that it is difficult to address the report’s accuracy but that findings are surprising given how large properties train their managers. “We don’t have the full perspective on what the report said,” stated Darnell Harris, Regional Manager of Lincoln Property Co. and a past association president. “Improper practices are possible. It’s hard to answer.”

Walker, as well as others, said that software used by larger properties is capable of producing different prices at different times. “Depending on the software, there’s a possibility managers have the ability to price in terms of supply and demand,” stated Lisa Clark, Association Secretary and Regional Manager of Bell Partners. However, outside of the software’s pricing, industry people noted, larger properties do not typically allow managers to quote different prices.