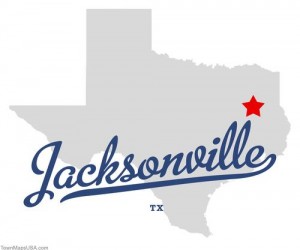 If you are an organization looking to rent out Rusk’s Civic Center in Jacksonville, Texas, then you may have to pay a higher price then you did in the past. The City Council voted to raise the rental fees for Rusk’s Civic Center from $200 a weekend to $200 flat, regardless of how long your particular rental period is. There will also be a $100 deposit due as well.

This increase will apply pending a new contract from the city’s attorney, Larry Sinclair, as well as some renovations to the building according to Rusk’s Public Information Officer Cristin Ross. “That’s not going to be any time soon,” Ross said. “We’re waiting on the contract and I think there’s some other stuff, like remodeling, we’d like to get done first.”

The city currently charges a fee of $225 per weekend, which includes a $100 deposit for organizations using the 5,400-square-foot facility. The city does not currently have a date in mind for when the changes will be implemented. However, the changes are something Ross said they expect to revisit when other work is completed.

During the meeting, the city also voted to table an item that would mean significant upgrades to the city’s water systems. Mike Murray, the City Manager, said low interest rates were attractive to the city which is considering upgrading several parts of the water infrastructure with loans from the Texas Water Development Board that come from the Clean Water State Revolving Fund.

Murray stated that Jacksonville has made a lot of upgrades and now it is time to consider overhauling aspects of the water system. City Secretary Fran Wendeborn has said that the item was tabled so Murray could collect more information on interest rates as well as costs since the three projects that are being looked at would total over $3.5 million.

According to Wendeborn, “It’s a matter of do we want to take out a loan from them looking at the future to do this, or do we want to do one or two, or what do we want to do? The city asked for more figures as far as payback on the loan.”

Wendeborn also stated that the council plans on discussing the issue more at a budget workshop to be held on June 2, 2011. Another workshop will be held on June 30th in order to address different issues, both of which are open to the public. The council unanimously approved accounts payable, according to Wendeborn.

If you enjoyed this post, please consider leaving a comment or subscribing to the RSS feed to have future articles delivered to your feed reader.
This entry was posted in Technology Rental and tagged Jacksonville, Jacksonville Texas, Rusk Civic Center, texas. Bookmark the permalink.