HomeAway Sees Profit for the First Quarter of 2011 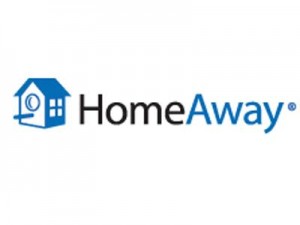 HomeAway, which is currently seeking to raise around $230 million in an initial public offering, has just updated its registration statement to include all the results of the company’s first quarter 2011.

HomeAway operates one of the largest online vacation rental marketplaces under multiple brands including VacationRentals.com as well as VRBO.com. The company stated that revenues for the first quarter of 2011 totaled $52 million, which was a 44% increase compared to the first quarter earnings in 2010 of $36.1 million.

HomeAway also recorded a profit of $1.5 million. This reversed a loss of $803,000 in the same period earlier in the year. However, after paying out over $9 million in stock dividends, the loss attributable to common shareholders amounted to $7.5 million.

The adjusted earnings of HomeAway are probably a more reliable and accurate gauge due to the fact that it eliminates many non-cash items like stock-based compensation and depreciation. Adjusted EBITDA from HomeAway totaled $10.2 million in the first quarter, which was almost double from the same time last year when it was recorded at $5.8 million.

Source: All Things D – HomeAway Books a First-Quarter Profit Ahead of IPO

A Copier Rental is a quick way to mass produce important documents for potential customers at an event or conference. Renting office equipment is simple and easy and it can also save you loads of time and money. Rentacomputer.com has been offering copier rentals to more than 1000 cities worldwide for over 20 years.
If you enjoyed this post, please consider leaving a comment or subscribing to the RSS feed to have future articles delivered to your feed reader.
This entry was posted in House Rental and tagged HomeAway, Texas Rentals, Texas vacation rentals, vacation rentals, VacationRentals.com, VRBO.com. Bookmark the permalink.