Posted on September 7, 2011 by zackduncan 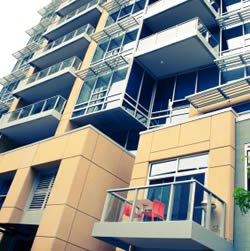 If you were following the apartment rental market in Texas towards the beginning of the year, you probably remember that the market saw a dramatic increase in rental rates for the entire first half of the year. Well, recent research from Axiometrics Incorporated, a provider of data and analysis on the multi-family housing sector, has shown that it hasn’t slowed down yet.

The research has shown that the upward momentum of apartment rental rates in Texas displayed in the first half of the year has continued on through July, as an annual effective rent growth reached 5.36% for the entire month. This number is definitely comparable to the peak growth of 5.94% for the United States, which happened during a previous expansion period during the second quarter of 2006.

Year-to-date effective rental rates through the end of July saw an increase of 4.80%. This number, aside from being ahead of the 4.01% growth rate at the same point nearly one year ago, is also higher than the full-year growth rate for 2010, which was 4.64%. In addition to that, the national occupancy rate in July was 93.95% and has been pretty steady for the past two months.

According to President of Axiometrics Incorporated Ron Johnsey, “Effective rents increased 0.64% nationally between June and July, which was higher than the same period in 2010, but the lowest monthly rate so far this year. However, we believe that the low relative rank is more a testament of how strong 2011 has been so far than it is a sign that the market is slipping.”

Computers, Desktops, Laptops, Servers and the latest in Portable Tablet PCs are available from your computer rental company, Rentacomputer.com.

If you enjoyed this post, please consider leaving a comment or subscribing to the RSS feed to have future articles delivered to your feed reader.
This entry was posted in Apartment Rental and tagged apartment rentals, Axiometrics Incorporated, Texas apartment rentals. Bookmark the permalink.