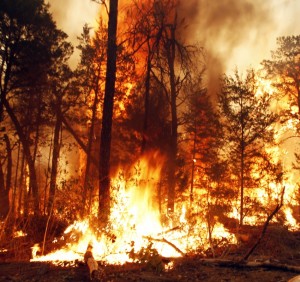 Due to the recent wildfires that occurred in Bastrop County Texas as well as other locations around Central Texas, displaced residents that are looking for temporary places to live are discovering that the Texas rental market is pretty tight at the moment.

Despite whether these residents lost their homes entirely or simply suffered enough damage to make them currently unlivable, these people are looking for anything to rent, including houses, duplexes and apartments. However, they are finding that the rental market is in short supply of places to live.

According to Xuan Le, Sales and Leasing Manager for the Northwest Division of JB Goodwin Realtors, “It’s very unfortunate. That’s just the market right now.” Le stated that the influx of renters is coming at a time when the rental inventory of the Austin area for single-family homes and duplexes is down 31% from the previous year. In addition to that, he stated that the apartment market is stretched thin as well with the citywide occupancy rate coming in at 96%. Add this to only a few apartment projects that are starting and space is tight.

Multiple people from the Central Texas area have reported an increased demand for rental property from a renter’s standpoint. One renter, known as Chuck Wirth, stated that he was looking at renting his two-bedroom townhouse located in Smithville. Wirth stated that he put an ad in The Smithville Times but rented the property out before the issue ever hit news stands. “There’s not that much out there,” Wirth stated. “Things don’t turn over very often.”

According to Tammy Ford of Arbors of Bastrop apartments, 88 units were available before the fires started, all of which are booked up at the moment. Ford stated, “We’re all booked up. The demand’s sky high.”

However, there are some complexes out there that are looking to lend a helping hand to those in need. Camden, which is home to 3,223 units in 10 apartment complexes in the Austin area, is dropping its $50 application fees, $250 (on average) administrative fees and the nonrefundable portion of the pet fee for victims of the wildfires who rent with them.