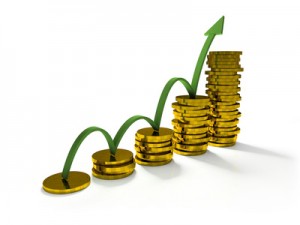 In tough economic times like these, it is terrible to see the cost of necessities rising, especially when that necessity is a place to live. Unfortunately, that is just what’s happening in the North Texas area, where apartment rent prices are starting to rise to the point where getting a larger, better apartment is nearly impossible for some residents.

One such family that is having a tough time finding a decent apartment in North Texas is the Perez family, consisting of a mother, father and five teenage sons, all of whom are crammed in a rather small three-bedroom apartment. According to the primary provider for the family, Mrs. Perez, “The bedrooms are very small. The measurements are eight by ten if we’re lucky. So we have two boys that sleep on the couches in the living room.”

Mrs. Perez, who brings in the majority of the family’s income, has said that she has been looking for a bigger apartment since November but can only find ones that are way out of her price range. “Right now I’m paying $800 a month bills paid which is a pretty good deal. But I’m seeing things even higher out there $1,000 a month for the type of living arrangement I will need to be in plus bill and it would be pretty steep for me.”

North Texas isn’t the only area affected, however, as renters from across the country are experiencing similar situations. Axiometrics, which surveys rental properties around the nation, has predicted that apartment rents will increase 5.5% for this year, making it the third straight year of increasess in a row. Axiometrics has also stated that the recovering economy has put more people in the position of not being able to rent.

“We have a tremendous supply of quality renters in most market places that has really allowed there to be a higher occupancy rate. In Dallas we are at 92% which is some of the highest occupancy we’ve ever had,” stated Get There First Realty’s Mark Kreditor. Kreditor operates with rental properties and has said that these high rents can also be a result of the sluggish housing market.

According to Kreditor, “There’s going to be much more supply of renters who would normally be home purchasers because of the fact that mortgage qualification has become a little bit tougher. We try to make homes for everybody. There’s always a way to occupancy.”

Source: The33tv.com – The cost to rent an apartment in North Texas is on the rise

A Copier Rental is a quick way to mass produce important documents for potential customers at an event or conference. Renting office equipment is simple and easy and it can also save you loads of time and money. Rentacomputer.com has been offering copier rentals to more than 1000 cities worldwide for over 20 years.
If you enjoyed this post, please consider leaving a comment or subscribing to the RSS feed to have future articles delivered to your feed reader.
This entry was posted in Apartment Rental and tagged apartment rentals, apartment rents, apartment rents increasing, North Texas apartment rentals. Bookmark the permalink.