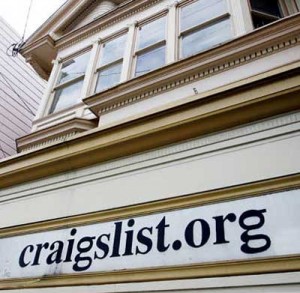 When it comes to renting property, you have to be wary of scams. It may sound strange, but there are a lot of people out there that are so intent on bettering their living situations that they easily fall into some costly traps, often renting homes or apartments that are not for rent or, as was the case one time, renting a property that was already occupied. One tip you can count on is that if someone claiming to be a landlord offers to mail you the keys to your rental property, but refuses to physically show it to you, then it’s more than likely a scam.

Porter County (Texas) Sheriff Sgt. Larry LaFlower, who is also the department’s public information officer, offered such advice after learning of a rental ad placed on Craigslist nearly a week ago. The ad offered to mail customers the keys to a rental property but wouldn’t show the people in person. A second ad was also brought to the department’s attention yesterday with the same basic scam.

The most recent case found a 47-year old man alerting police that he saw a property on City View Drive, located in rural Valparaiso advertised. The “owner” of the property said that he lived in Arkansas but that he had  a Texas phone number. The “owner” also said that if $900 in rent was sent to him via Western Union then he would mail the key. The potential renter decided to drive by the house and call a real estate agent listed on the “For Sale” sign only to learn that the rental ad was a fake.

Another potential scam surfaced back in February when a potential renter discovered a fake rental ad for $1,000 for a house on Woodruft Drive in Aberdeen. This potential renter also went to investigate the residence only to find the true owners of the home still living there. That house was also listed as “For Sale”.

According to police, both potential renters discovered the scam before sending any money. However, chances are that at least one person sent these scammers money. It just goes to show you that you have to be extremely cautious when doing any type of transaction online and that you should also avoid places like Craigslist when looking for a new place to live.

Get a regular infusion of new security camera technology information, video and news. Easy to subscribe in a reader or by email.

We help you stay in touch with the latest security camera features.