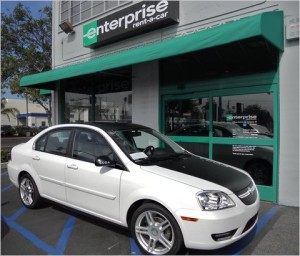 If you were in North Texas last week then you probably had a bit of a run in with some nice-sized hail. North Texas motorists are still running around, looking for temporary transportation after a hail storm caused massive damage to homes and cars.

According to predictions, it is estimated that tens of thousands of cars will need to be fixed or completely replaced due to damage from the hail. Body shops in the are are still packed due to a recent tornado outbreak in April, with these damaged cars adding to the mayhem.

Naturally motorists are turning to rental car dealerships for help. While these rental car locations are doing their best to meet drivers’ needs, their stock is running out, leaving people without any transportation whatsoever.

A representative from Enterprise Rent-A-Car checked availability at the locations in Oaklawn, McKinney and Inwood, all of which were completely sold out. In addition to that, the representative also said that she has been inundated with calls from the Dallas area as well due to all the hail damage.

A sign on the Enterprise located on Northwest Highway tells customers to expect delays and is also asking people to be patient because of the catastrophe. In addition to that, the company is also bringing in more than 2.500 cars to North Texas to help with the increased demand.

The best advice that Enterprise is capable of giving customers at this time is to call a location directly to see if a car is available. Other companies, like Thrifty Car Rental at the Dallas-Fort Worth Airport and LoveField, have had available cars, though it is unclear how long they will last.

At the present time it is estimated that the total damage to North Texas residents is in excess of $400 million with that number only expected to increase as time goes on.