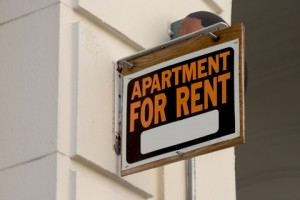 During the second quarter of 2012, there was a strong demand for apartment rentals in North Texas, which was a surprising fact given the rebounding home sales market. Renters absorbed 8,031 apartment rental units in Q2 2012, which totals out to five times the completed 1,563 apartment units.

Apartment occupancy was 94.1% in the second quarter, which was an increase of one full percentage point over the previous quarter according to data collected from Carrollton-based apartment analyst MPF Research.

According to Vice President of MPF Research Greg Willett, “Substantial job growth in North Texas is keeping apartment demand robust at the same time that single-family home sales are rebounding from their recently low levels. These are the kind of housing demand numbers we were hoping for and expecting to see.”

With occupancy levels rising, apartment rental prices also saw an increase of 1% during the second quarter according to the data collected. The top submarkets for rent growth included Uptown, Oak Lawn, the Northern Dallas suburbs, Grapevine and North Fort Worth.

The majority of the vacancies in the market are concentrated in the least desirable properties that were built from the 1970s and earlier, according to Willett. However, ongoing apartment construction is now set to deliver 14,832 apartment units to be delivered anywhere in the country, which has analysts concerned, Willett added.

Willett went on to say, “Delivery timing is the one thing to watch that could lead to a brief bump in the road for the North Texas apartment market, but so far developers have done a good job of spreading out completion dates.”