When it comes to rental states you’d be hard pressed to find one that requires more technology rentals than Texas. There are so many fantastic convention centers in Texas, and so many subsequent conventions, that there is always a need for short term technology rentals in the Lone Start state.

Rentacomputer.com has been in the business of renting short-term technology for over 20 years and absolutely loves the businesses that people in Texas, whether they live there or are visiting for a convention, generate. As a result of the popular demand for technology rentals in Texas, Rentacomputer.com has expanded its offerings to some of the biggest convention centers in the state. 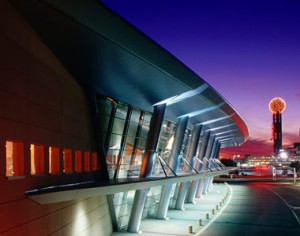 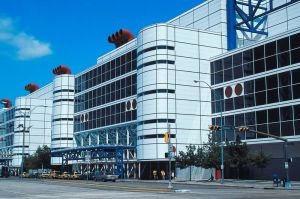 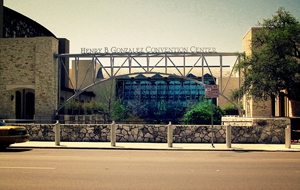 Historic downtown San Antonio, Texas is the ideal location for the Henry B. Gonzalez Convention Center. The location is peaceful and the rich history make it a popular spot for anybody, not just convention goers. The convention center itself is comprised of 1.3 million square feet which houses 59 meeting rooms, 3 ballrooms, 4 exhibit halls and its very own 2,500-seat Performing Arts theater. When it comes to technology rentals, there are few places Rentacomputer.com’s Tech Travel Agents like renting too than the Henry B. Gonzalez Convention Center. 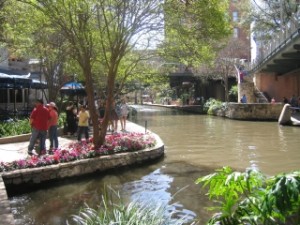 The Hotel Contessa is located on the Riverwalk in beautiful downtown San Antonio and is a reflection of one of Texas’ most famous and most popular destinations. The twelve stories of the hotel’s Mediterranean design add a touch of elegance to the Riverwalk that truly captures both the historic and cultural essence of San Antonio. With over 10,000 square feet of meeting space, the Hotel Contessa is a perfect destination for small to medium sized events, including executive business meetings, corporate retreats or the annual Technology Renal Association’s meeting.

With so many fantastic convention and meeting locations in the state it is no wonder why Texas is one of the most popular destinations for convention goers and short-term technology rentals. With all the services offered by the different locations and the fantastic relationships that have been created, it is also not a surprise that the Tech Travel Agents of Rentacomputer.com love working with the area.