Texas Will Play Host To PAX South Convention From Now On! 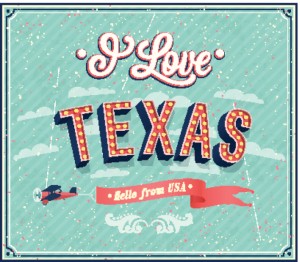 They say that everything is bigger in Texas. I like to think that’s true and there are plenty of reason to believe it is. It’s a big state. They have big trucks, big burgers, big bugs, and big conventions. Even with Texas being as big as it is, there are still some big conventions that might not show much love to the Lone Star State. Now that isn’t to say that Texas has not hosted big conventions in the past. There have a been a few big tech conventions here, maybe a car show there, and perhaps an anime conventions here or there as well. But for some reason a lot of the larger conventions such as E3 and the like don’t really head down south.  Until now.

Are you familiar with a convention called PAX? You might not be simply because, even though its one of the biggest gaming conventions in North America, it has still been out shined by the E3 conferences. The PAX convention, or Penny Arcade eXpo has been going on since 2004. Over the course of the decade it has only seen its number of attendees grow exponentially every time.

The web comic series, “Penny Arcade” was started by Mike Krahulik and Jerry Holkins. The series has seen much success both online, and in magazines. It’s been known to feature more PG-13-esque humor with many different video game icons, such as Mario and Sonic. They’ve been in some of the most well known gaming magazines out currently, even some that I still subscribe to.

PAX is a convention that is covered on a constant basis by many different tech companies and tech news sites. Any time it pops up, you can expect the coverage to be consistent and very in depth. Everything from new game releases to interviews with different developers talking about new features and add on content coming to existing games. There will be news about the PS4, Wii U, and Xbox One. Last year’s PAX event saw upwards of 65,000 people walk through the door, and this year is only expected to get bigger. Think of this as the E3 for those of us that may have missed it this past year!

So why the sudden move to bring PAX down to San Antonio, TX? Well since the drastic, almost constantly doubling, stream of attendees comes from across the nation to partake in the event, President of Operations, Robert Khoo, felt like this would be a good course of action. Make it a little bit easier on those that live towards the south. Since the event mainly takes place in the northern corners of the country, many of those that live in the south have trouble reaching the convention. Traveling from Texas to Boston or Seattle is no small feat. Whether you are going by car or plane, you have to be prepared to spend money on the travel, board, and spending money at the convention. There is a lot to consider when making a trip that big.

With the new addition of San Antonio, TX to the PAX tour roster, expect many new faces to show up at next year’s event. It will be a lot closer, so what do you say Texas? Are you down for some gaming with Penny Arcade?